The mantra of the nonprofit The First Twenty is “Where It Begins”. Founded almost three decades ago our mission was to find the most impactful resource that would help fuel a first responder’s health, performance, and safety. We understood that first responders didn’t need more complexity in their lives, but rather simplicity.

Powered by Spirit. Rooted in Community.

The arc of The First Twenty mission has led us through several iterations and clinical trials of our programming. It has culminated in The Road to Resilience. Designed and championed by First Twenty founder David Wurtzel, our foundational program offers a simple process that enables first responders to step into unknown and dynamic environments with greater meaning, purpose, and performance. By building Spiritual Resilience they can reach new heights at work, at home, and in their neighborhoods. Building community while bringing the best of themselves to each moment they encounter. 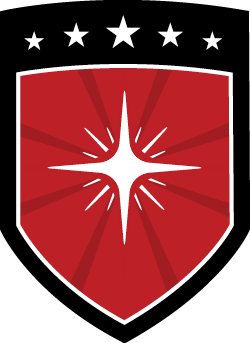 David is founder of The First Twenty, a nonprofit dedicated to the health and wellness of America’s firefighters and first responders. First Twenty programs have served over 50,000 first responders nationwide and have been implemented by Fire and Police Departments throughout the country including the cities of Baltimore, Detroit, and Philadelphia. They have also been utilized by government agencies such as the U.S. Air Force Fire Emergency Services and the U.S. Forest Service.

In his almost two decades of on-the-job experience, David served as both a structural and wildland firefighter. On the high performance side of things he won the gold medal in the Firefighter Combat Challenge World Championships Over 50 Relay in both 2017 and 2018, and won the silver medal in 2019.

Our ability to direct and sustain attention, even in unpleasant circumstances, and maintain awareness of our own attention.

To become more consistent in our ability to respond to actual or anticipated challenges.

Thinking about our own thinking; using cognitive strategies to monitor and self-regulate learning and other mental processes.

Understanding the problem space, generating possible solutions, and moving toward a specific goal.

Understand connections among people, places, and events in order to anticipate their trajectories, estimate the overall situation, and act effectively.

Get on the Road to Resilience Today.